Over the course of the next few months, we will be rolling out many changes that will overall improve the quality of Nightmare’s gameplay. This list of planned changes has been constructed based on player feedback following our questionnaire on our proposed changes. If you have not filled out the questionnaire, please do so here! This process will take time so please be patient with us.

The development team will be rolling out the following planned changes on the test server as time goes on, so please feel free to check out these changes and give us feedback on Discord.

To make sure we are heading in the right direction, we have created another questionnaire to get more player feedback regarding the planned changes, whilst offering a medium for players to voice their ideas and concerns regarding the upcoming changes. Please regard that not everything is set in stone and is subject to change.

Our questionnaire created a lot of conflicting opinions (as expected!), however, the most unanimously agreed on changes for Nightmare were GUI changes. While these changes may not be the most important of our changes, we decided to focus our attention here as we feel that we have areas to improve on for our GUI experience and we have the most confidence that these changes will be well received by the majority of the community. Below is a list of GUI features and their respective status which should hopefully indicate some form of estimation as to when they will be rolled out within Nightmare.

Right now player progression doesn’t feel rewarding enough as leveling later feels pointless and frustrating. We are hoping that these changes will help with that. We aim to start rolling these changes out onto the Test Server for some early player feedback.

The most impactful of these changes will be revisiting the damage formula. Below is a graph showing the old damage formula curve: 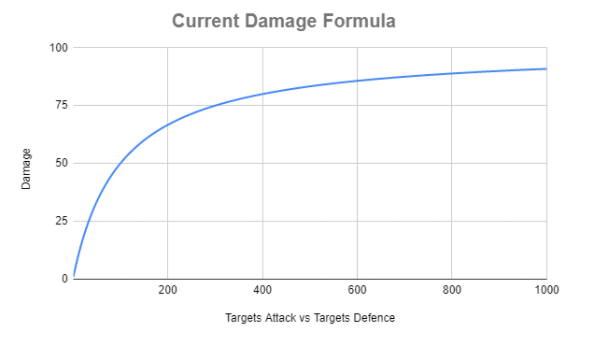 As you can see, damage tapers off as we increase in attack points. We believe this is the main cause regarding players feeling like late-game items do not impact damage dealt. 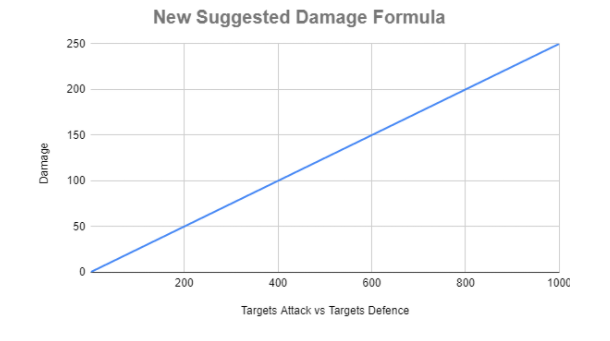 Our new proposed damage formula has a much more linear scaling which should hopefully result in more satisfaction regarding damage dealt going forward. For anyone interested, here is a link to the exact formulas used.

Right now, players gain stat 8 points per level distributed automatically depending on the players class and 1 stat point to allocate for themselves. Compared to the stats gained through items this removes power from leveling. We would like to give some more power back to levels alongside more flexibility of player choice so we have decided to award 3 stat points per level instead of 1.

A result of these changes will result in more damage being introduced to the game which will end up throwing off balance even further. To compensate for this we propose the following bonus scalings be added when calculating health and mana.

Note: These numbers are subject to change through thorough testing on the test server

We have heard lots of feedback regarding how players feel with progression and we feel like we are not doing enough here, so we are also planning on implementing a talent tree to hopefully encourage more diversity towards player builds. More information regarding this will come soon when we have something more fleshed out to show you!

These changes will have a dramatic effect on PVP. Because of this, we are going to delay PVP balancing until we complete this section as it makes no sense to balance something now if it’s going to be unbalanced again after these changes! We hope you understand our reasoning here. Once the player progression changes are implemented, we plan on hosting a for-fun PvP tournament which will be live-streamed on our Youtube Channel. We plan to utilize this time to openly discuss balance changes whilst observing data from the tournament outcome to be used to help us balance the game going forward.

Our primary problem regarding new players is the steep difficulty curve our game offers right out from the gate, which often discourages them from playing (which isn’t good!). Our primary goal here is to make the new player experience more relaxed and easy without compromising the difficulty of our late-game content. Our primary concern was that fighting the early monsters was proving difficult for new players, after a lot of feedback, we have decided to extend the tutorial period of the game to refactor some of the early level side quests (primarily focused on crafting & resource gathering + the castle kitchen quest) and move these quests into the tutorial. This will allow new players to be eased into the game a bit more slowly alongside allowing them the chance to gain a couple of levels and craft some basic gear before going into the Sewers. We believe this will help make tackling the sewers much easier and less daunting for new players.

Right now, Equipment levels are relative to the current level of the player who killed the NPC The idea behind such a system was to reward the player with an item that would always be useful to them but we found that in practice this just destroyed the value of this equipment in a player-driven economy. We have decided to scale gear every 5 levels instead of every level in the hopes to improve the resale ability of the equipment.

Right now, equipment effects are too strong which is making a balancing nightmare (pun not intended). The current scaling for effects is defined as Rarity-1 * 2. Right now, we feel this is too much for a stand-alone item. We propose Item Sets that require a player to collect at least 3 pieces of equipment of the same effect type to activate the * 2 scaling. We hope this change encourages more strategy in terms of equipment builds in the long run

Right now we feel NPC combat is very basic and can be expanded upon. Currently, NPC logic is very basic. They walk up to their target and attack the target (even if it isn’t optimal for them to do so - think spellcasters!). Boss battles are extremely basic and are not very engaging. Stun locking is not a fun mechanic and with the introduction of better slow spells, we hope to migrate a lot of NPC stuns into slow spells & add an increasing CC duration reduction buff to players when hit by the same spell from an NPC. We hope the following proposed changes will help improve our concerns mentioned above:

One of our goals here is to incentivize people to use the crafting system more. We felt we made a step in the right direction when we introduced Carbuncles, however, there is much more we can do still. Right now crafting feels un-fun, especially with mechanics such as a chance of failure when crafting. We believe removing this feature will help improve the player experience regarding crafting.

We also have heard a lot of feedback regarding players expressing frustrations with the amount of “junk” gear they get which serves no purpose outside of selling for gold which we have noticed there is an abundance of. In response to this, we propose a new trade skill called salvaging. Salvaging will enable players to reroll 3 of the same item for a chance of a better item. The new salvaging trade skill will also be used to repair your own gear as it gets damaged by scrapping another item. 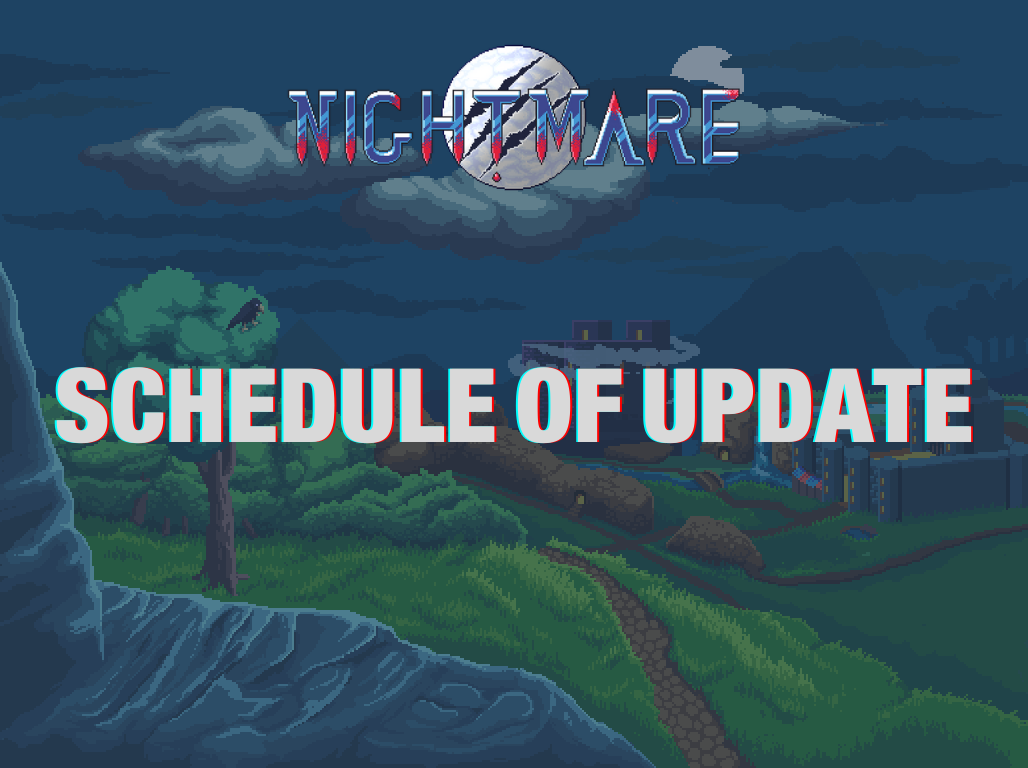 Schedule of updates for beginning of 2022

Introduction to the Schedule of updates for beginning of 2022 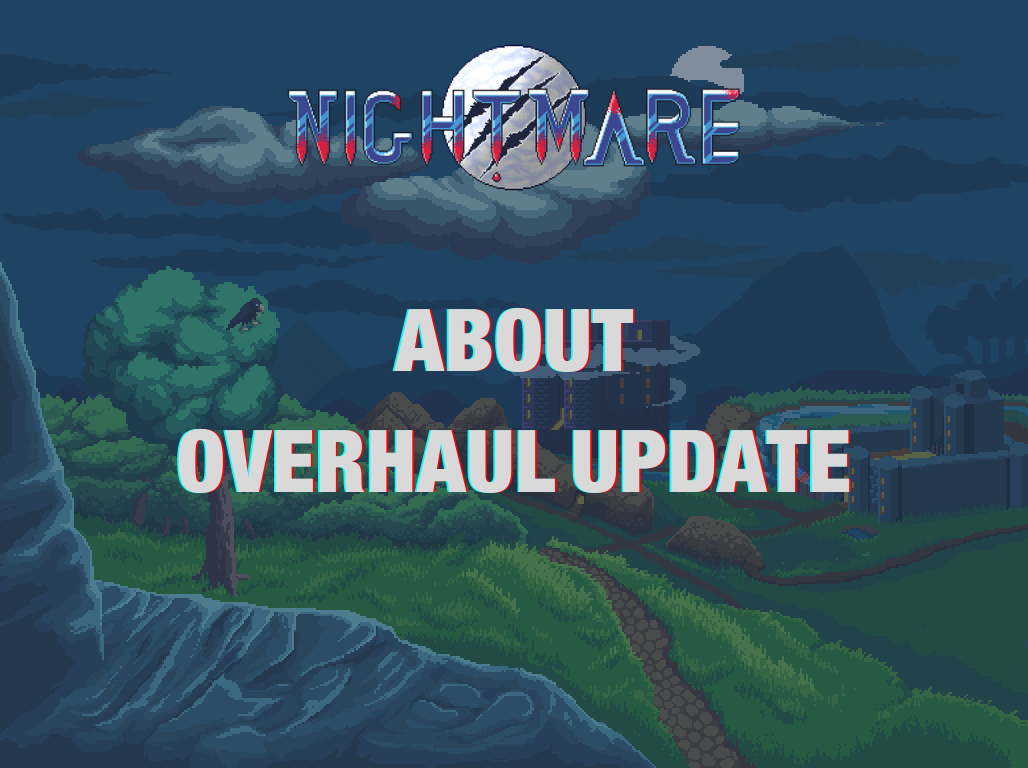 Message from developer about overhaul update.